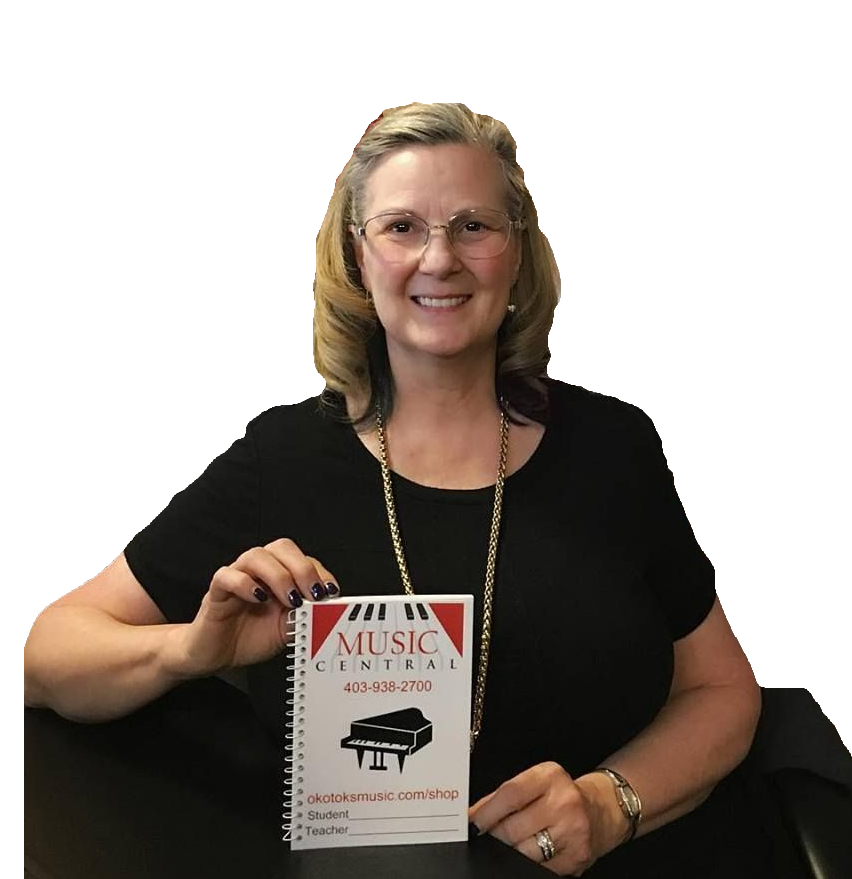 Carla Humphreys is the owner and operator of Music Central Ltd. She currently teaches piano and has her ARCT in Piano Performance from the Royal Conservatory of Music. She has studied vocal performance at the University of Calgary.

Carla has been teaching piano since 1971. She loves to share her passion for music with students of all ages and levels. Carla is fully qualified to prepare students for examinations, festivals and other competitions and performances. 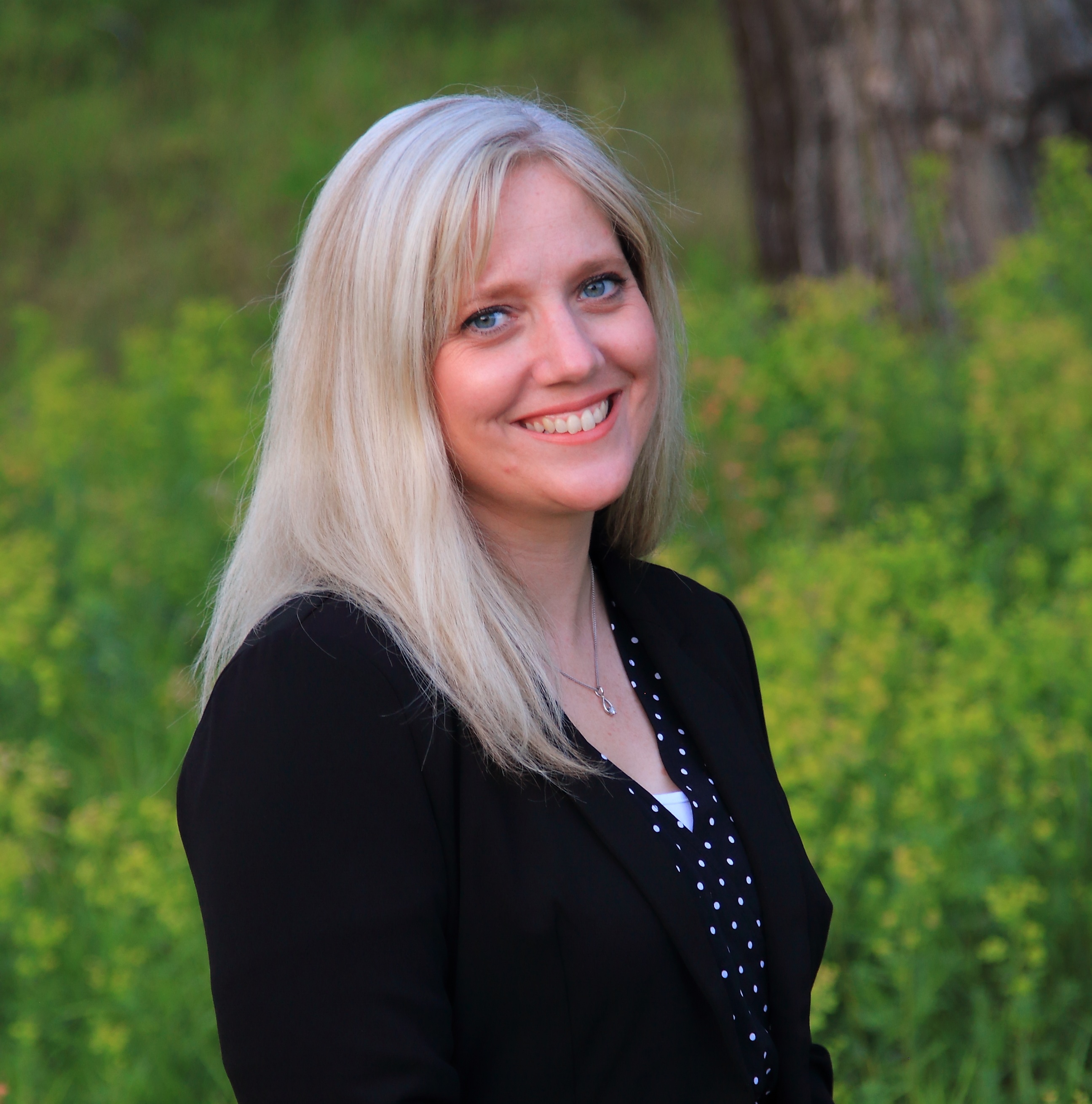 Darlene returns to Music Central this year as a teacher of voice, piano, theory, harmony and history.  She has a Bachelor of Arts in Honors Music – Voice, Bachelor of Education and a diploma in Social Work.  Darlene has continued her education in music after University and is now teaching music in our community schools.  She brings a wealth of knowledge, not only in music, but in teaching techniques.  Her approach is positive and she is able to tailor her teaching to each individual student. 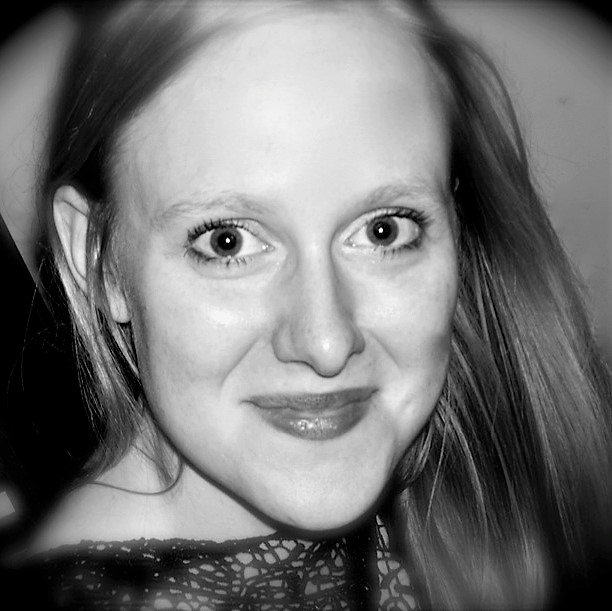 Sheila Paton received her Bachelor of Fine Arts in Vocal Performance from the University of Lethbridge in 2008. She brings over 10 years of experience teaching voice, piano and theory and is fully qualified to prepare students for exams, festivals, other performances and competitions. She has participated in choirs across the province including the University Singers (U of L), Foothills Centennial Chorus and Mount Royal Youth Choir. She has also participated in choral competitions at the local, provincial, national and international levels. She has also taken the opportunity to experience music and culture exchanges to Cuba and Scotland. Sheila grew up in Okotoks and is looking forward to sharing her love of music with the community that has given her so much. 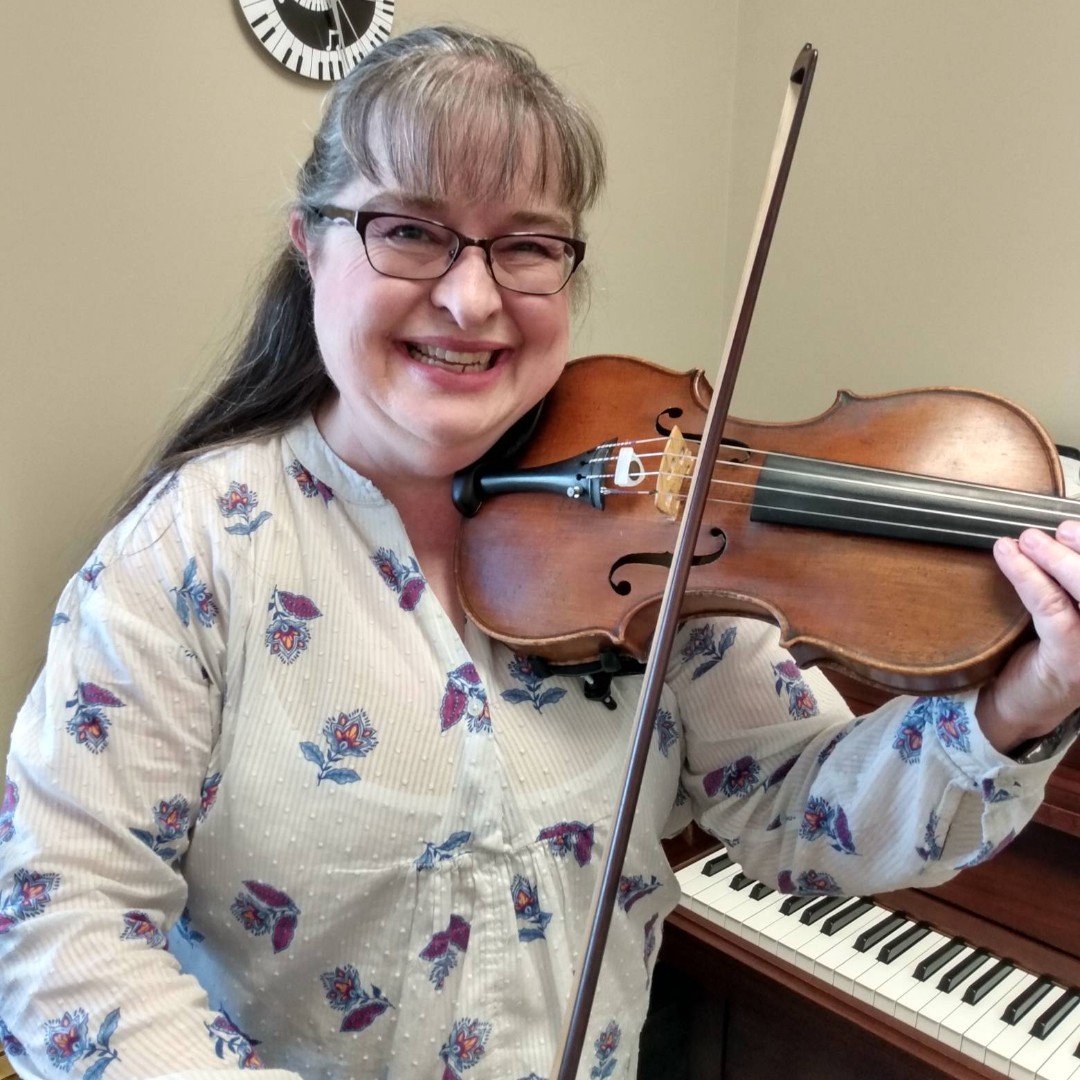 Cathy has been with Music Central for more than 20 years. She has over 30 years of teaching experience and we are very happy to welcome her back this year. Cathy has a degree from the Western Board of Music in Violin and Piano. She is fully qualified to prepare students for examinations and festivals or any other competitions and performances. Her knowledge and experience is very evident in the progress of her students. Welcome back Cathy!! 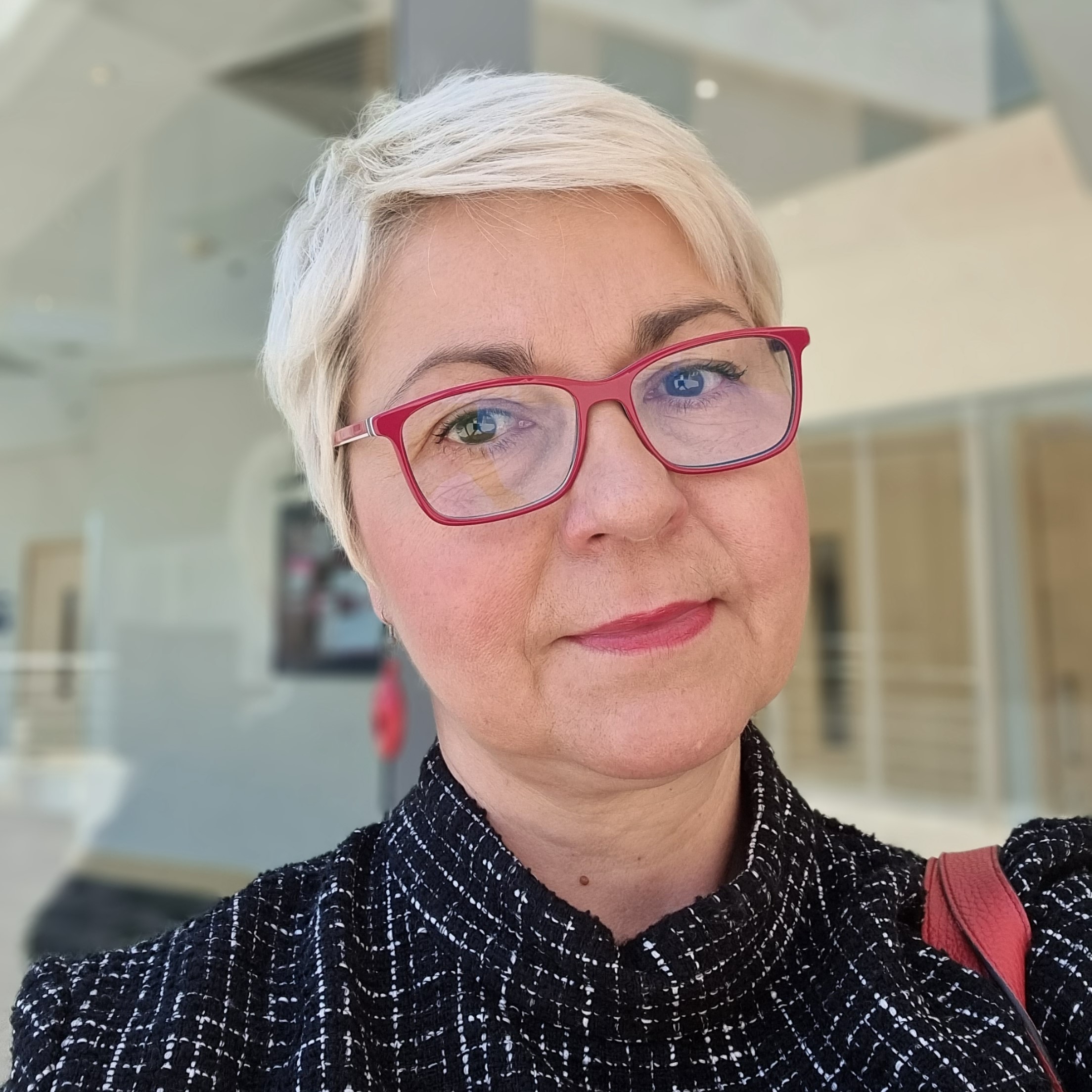 Natalia was born in Kiev, Ukraine. She started her violin studies at age six. After completing her studies at school of music, she proceeded to Kiev State Music College, later furthering her education at the Kiev State Conservatory. She supplemented her violin tuition with lessons in musicology and chamber music performance. Apart from performing as soloist and in chamber ensembles, Natalia has been a member of several orchestras, including Kiev Opera House for Children and Youth, the famous Kiev National Philharmonic Orchestra, and Cairo Opera House. She has performed extensively giving concerts in Europe, Far East and United States (including Carnegie Hall and Chicago Symphony Center). From 2008 till 2022 Natalia was a Lecturer in Violin Performance at the University of Malta and a violin instructor at Johann Strauss School of Music, Malta. 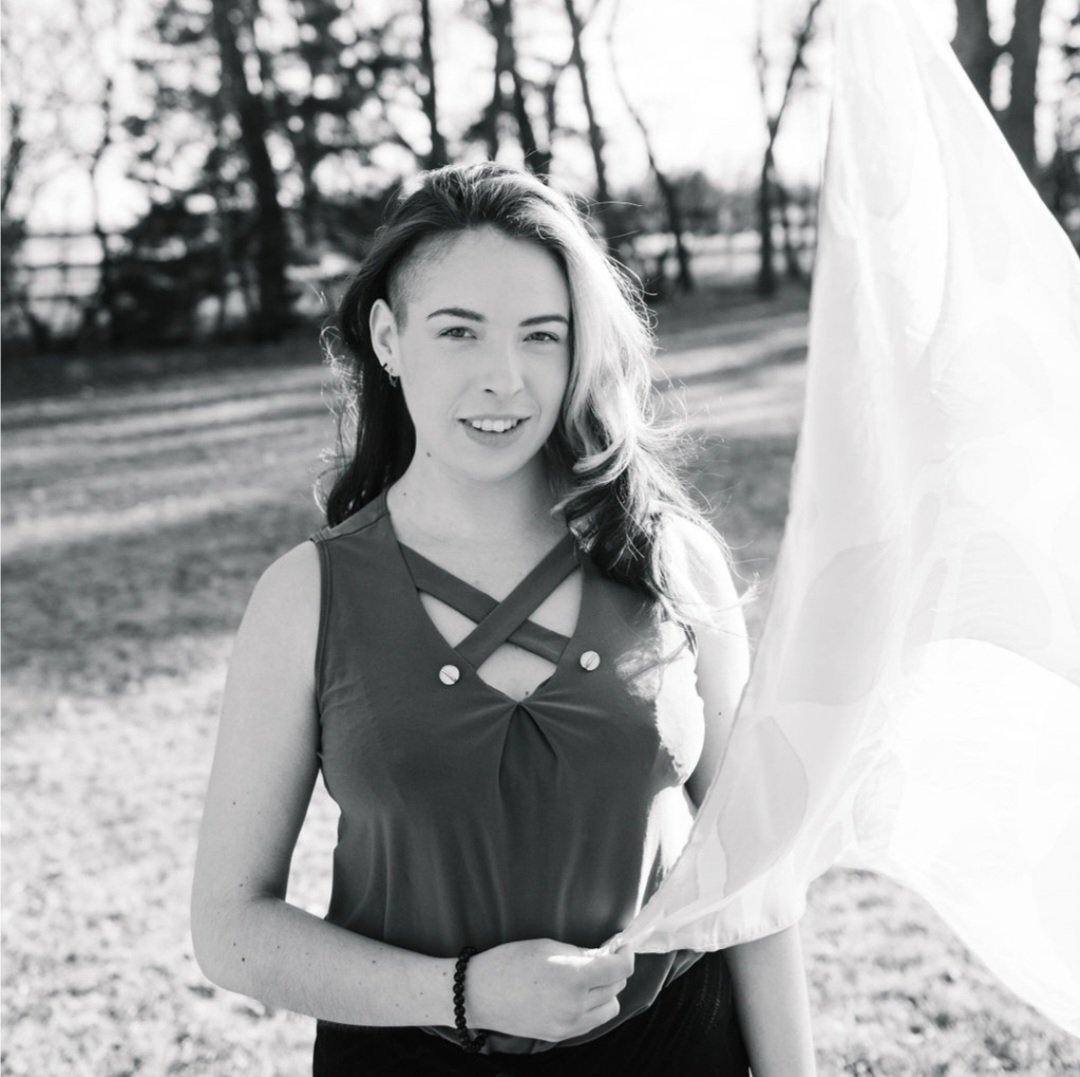 As a violin, piano, and voice teacher, Loryn joins Music Central this year.  Loryn has played music for nearly 20 years, and taught for 10. She has RCM grade 8 and studied music at the University of Lethbridge. 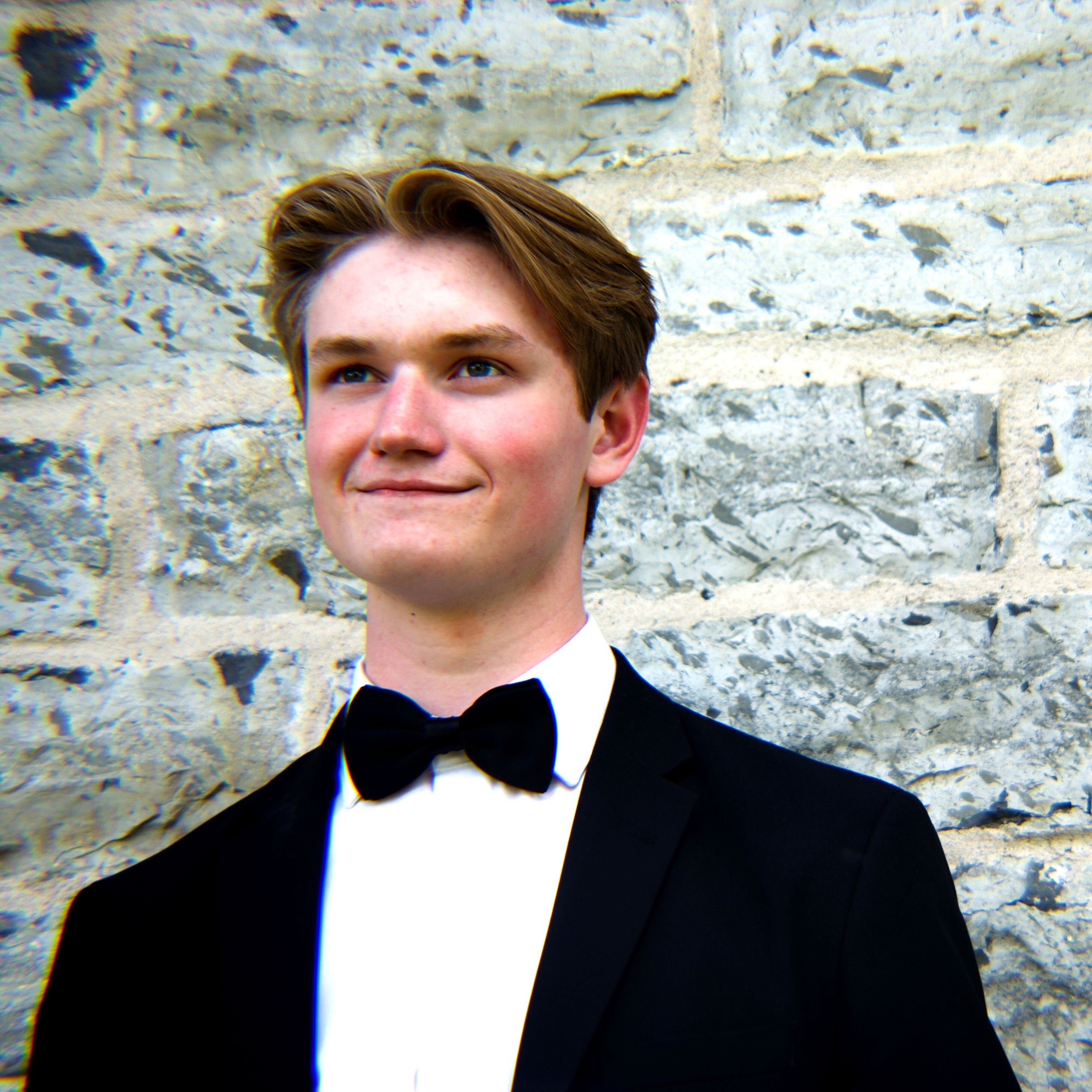 Calgary-born violinist Robert Mulchrone began his musical training initially on piano at age four, adding violin two years later under the guidance of John Lowry, associate concertmaster of the Calgary Philharmonic, and later renowned Canadian violinist Joan Barrett. In 2014 Robert moved to Vienna,  Austria, to continue his musical journey with the Vienna Boys’ Choir (VBC) where he was appointed principal and soloist. In addition to touring over 30 countries, he has performed solos with the Vienna Philharmonic, Orchestre National de France, Berlin Konzerthausorchester, Hungarian Radio Symphony Orchestra and the Calgary Philharmonic Orchestra. During his time with the ensemble, he continued his studies on violin with Alban Berg Ensemble violinist, Regis Bringolf.  After graduating from the choir, Robert moved to Somerset, England to study with UK violinist Clive Hughes and attend the Millfield Senior school. In 2020 amidst global uncertainty, Robert returned to Calgary to focus on violin and resume studies with Joan Barrett.
Robert credits his love of the violin to his family’s deep connection to classical music and ongoing support. His father, a former violinist in the Calgary Philharmonic, and his mother, an appreciator of the arts, encouraged development of his talent from an early stage. Robert enjoys playing orchestral music; since his return to Calgary he has served as concertmaster of the Calgary Youth Orchestra (CYO), and selected for the 2022 National Youth Orchestra of Canada which included a tour of Eastern Canada. He can be heard on the recently released Borealis album by NYO Canada, and as a soloist on two CD’s by the VBC: Strauss for Ever and Simply Classical. Robert is currently enrolled in the Advanced Performance Program (APP) at the Mount Royal conservatory, and is working as music librarian for the CYO in addition to teaching a studio. He is currently preparing auditions for music school, and plans to pursue a career in violin performance. 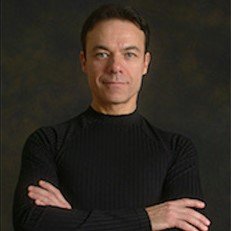 Music Central welcomes back Gaetan, who holds a Bachelor of Music Education degree from the University of Quebec in Trois-Rivieres. He brings over 18 years of teaching experience in piano and flute. His passion and commitment is to help his students succeed in achieving their goals. Many of his students have excelled in exams and festivals and also won at provincial and national competitions. He believes that every student needs an individual approach that is suited to their personality. Although Gaetan has considerable experience training students for exams and competitions, he enjoys, just as much, teaching students who just want to learn for their own pleasure. He is always happy to help anyone in exploring or perfecting the art of music. 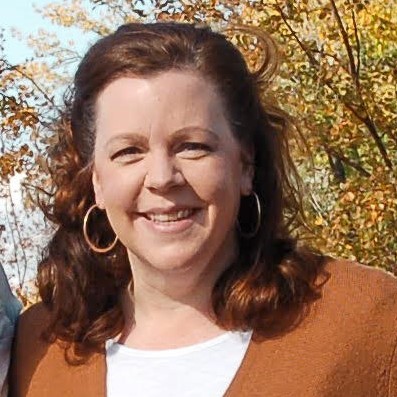 Treena has been teaching piano at Music Central for 5 years. She brings over 20 years of experience teaching and is dedicated to the progress of her students. Treena loves to work with all ages and abilities to find their best way of learning. She is versatile and willing to give her all to each student including preparing them for examinations, festivals and other performances. Her sweet loving personality and her love for music and teaching is definitely an asset to our studio. We look forward to another wonderful year for you and our students. 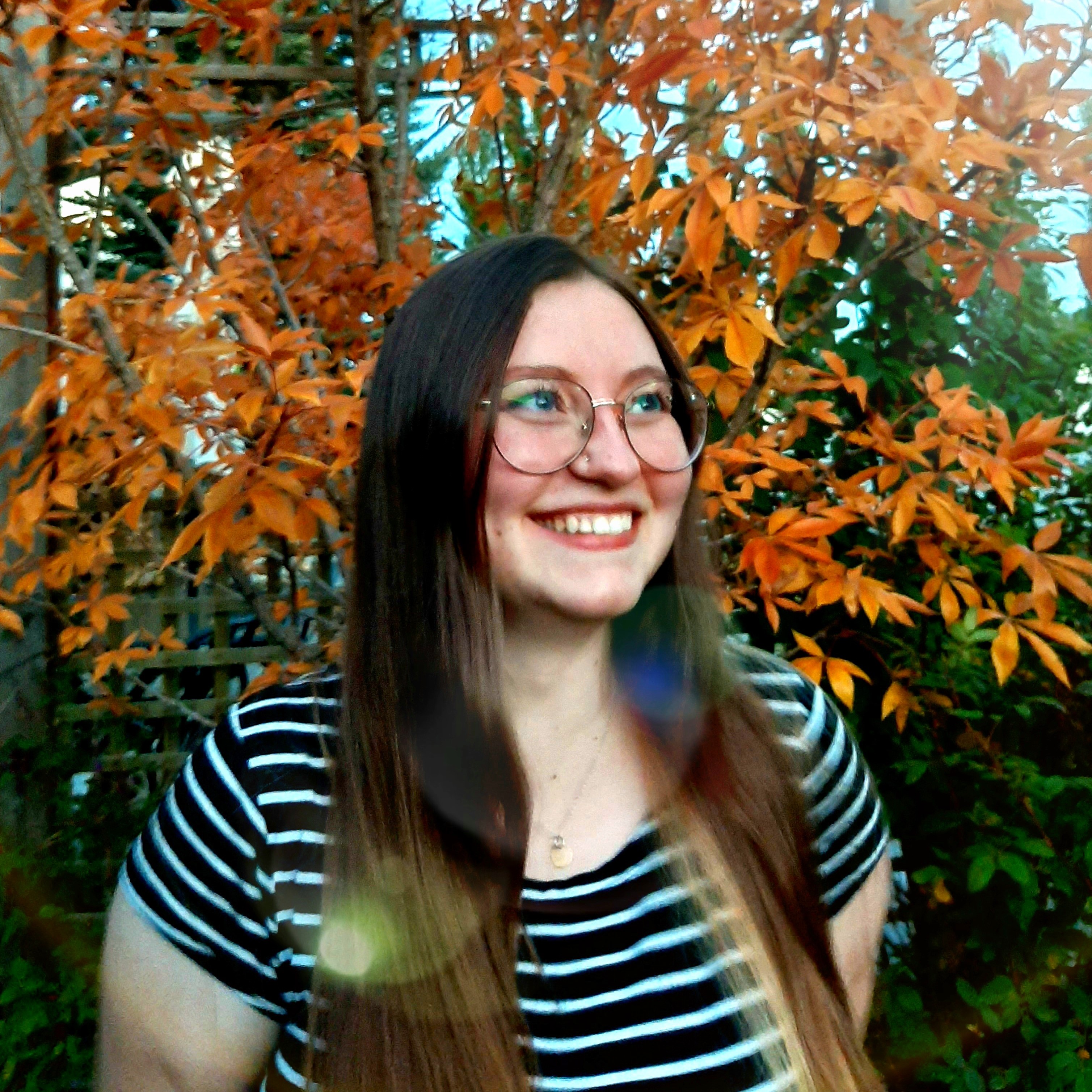 Megan is coming back for her 7th year teaching at Music Central. She has completed the requirements for level 8 with the Royal Conservatory of Music. She has continued her studies and now plays at a Level 9-10. She is a very talented and sensitive pianist and has proven herself as a teacher. Megan is kind and gentle, very patient and willing to give her students her full attention. She is able to prepare students for examinations and festivals. Music Central is very happy to welcome her back for another year. 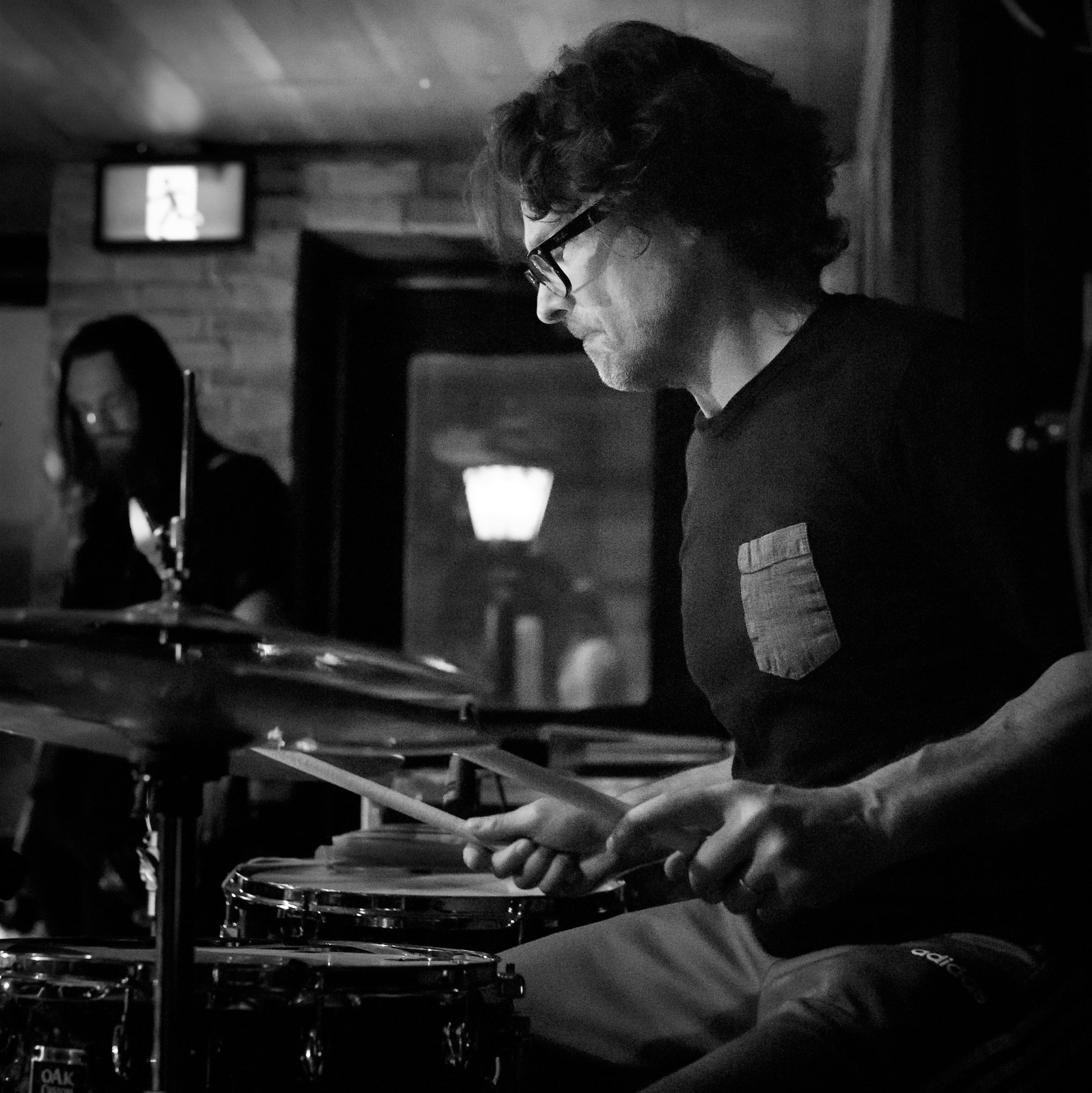 Kirk is a professional session drummer and drum set educator based out of Okotoks, Alberta. Currently, he's performing with Cheyanne Summer and recording exclusively for Peach Jam Records. Kirk has over a decade of teaching experience--working with all ages and ability levels. His passion for drums, and for music, transcend in his teaching, performing and recording. Kirk has studied privately with some of Alberta's best drummers and educators in a variety of genres, has completed music theory courses through the Royal Conservatory of Music and obtained an honours BA from the University of Calgary. Most important for Kirk is that drumming is fun, therapeutic, and is for everyone! 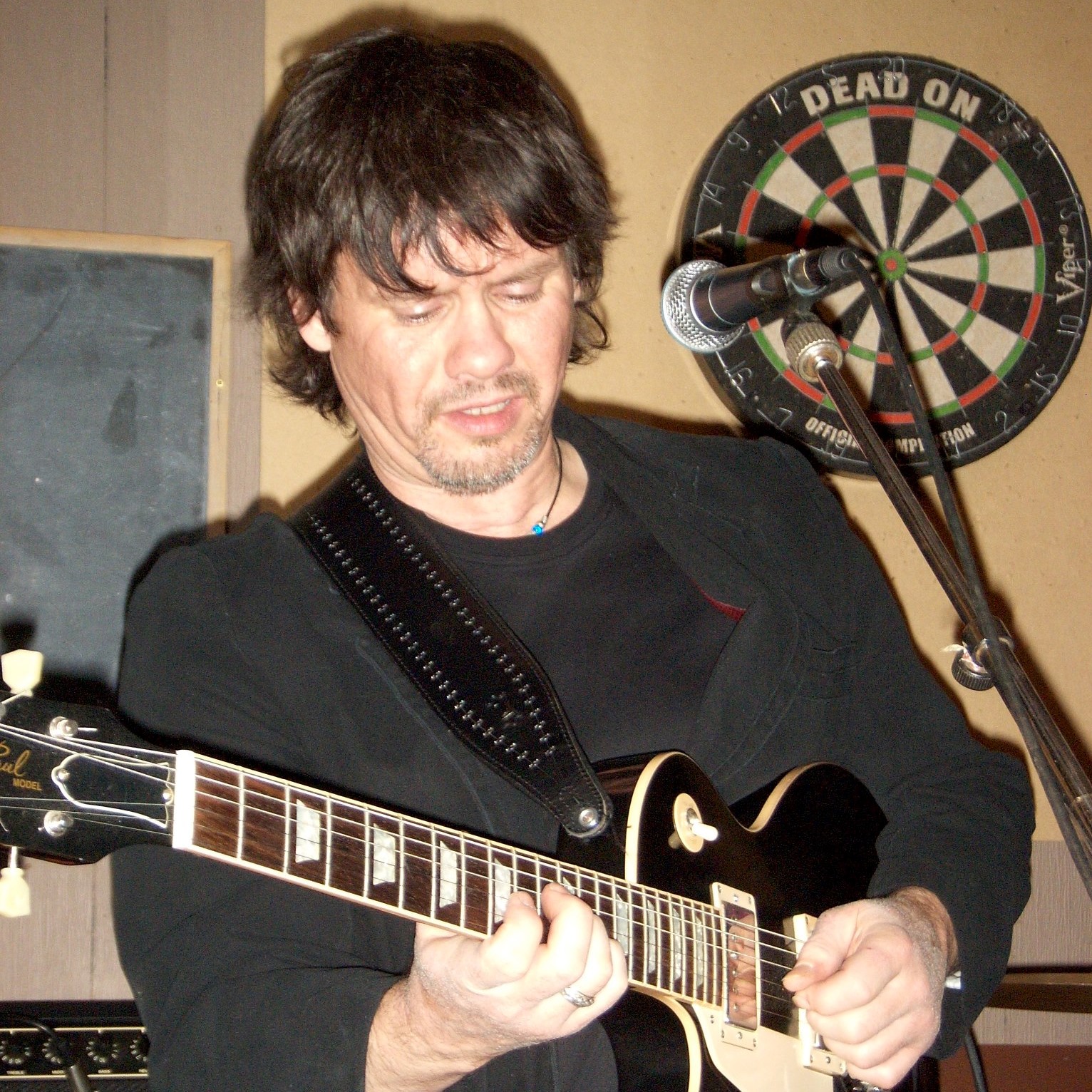 Jean-pascal (JP) has completed 3 years of classical guitar in 1995 and received his Bachelor of Music degree in 1999 in Jazz Guitar performance at the Université du Québec a Trois-Riviéres. JP has over 25 years of teaching experience in Guitar, Bass guitar, Drums and Ukulele. When JP is not teaching he enjoys touring as a professional freelance musician. He has toured across Canada over the past 30 years and through the USA twice in the early 2000’s. JP is a very popular teacher at Music Central and we welcome him back to our teaching team this year. 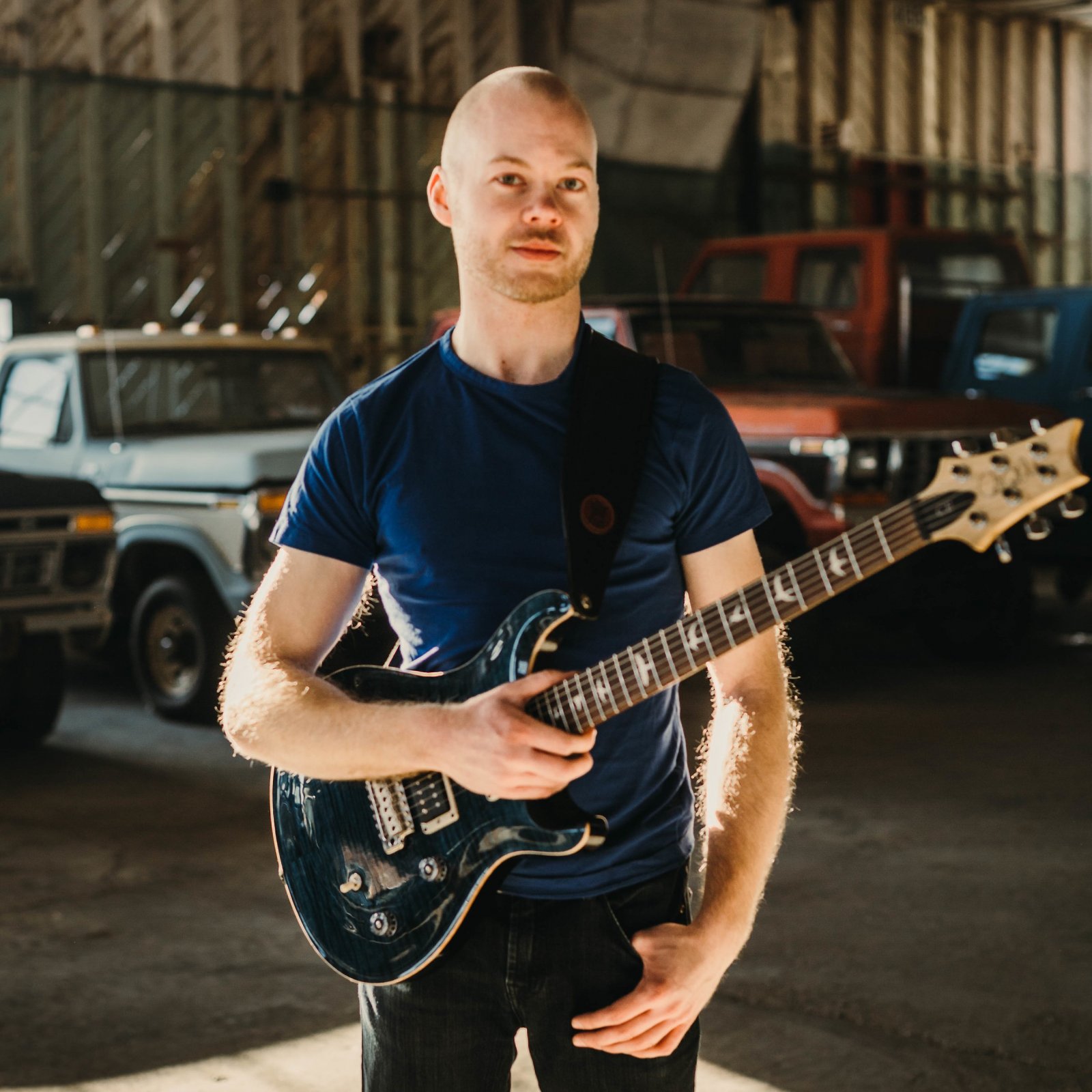 Taylor McPhail has been teaching guitar for over 15 years, and has been playing professionally since 2013. He is a graduate from Red Deer College, earning a Music Diploma with a major in Jazz Guitar. Taylor was the winner of the 2011 Red Deer College Scholarship Competition for Best Guitarist, and Best Original Composition, and has his Royal Conservatory of Music Certifications for Grade 1 and Grade 2 Rudiments. Taylor is also a member of the local rock band Stonegate, as well as the Craig Carswell Band. His music and recordings have made numerous appearances on radio stations, including X92.9, Sun Country 99.7, CJSW 90.9 and The Eagle 100.9. 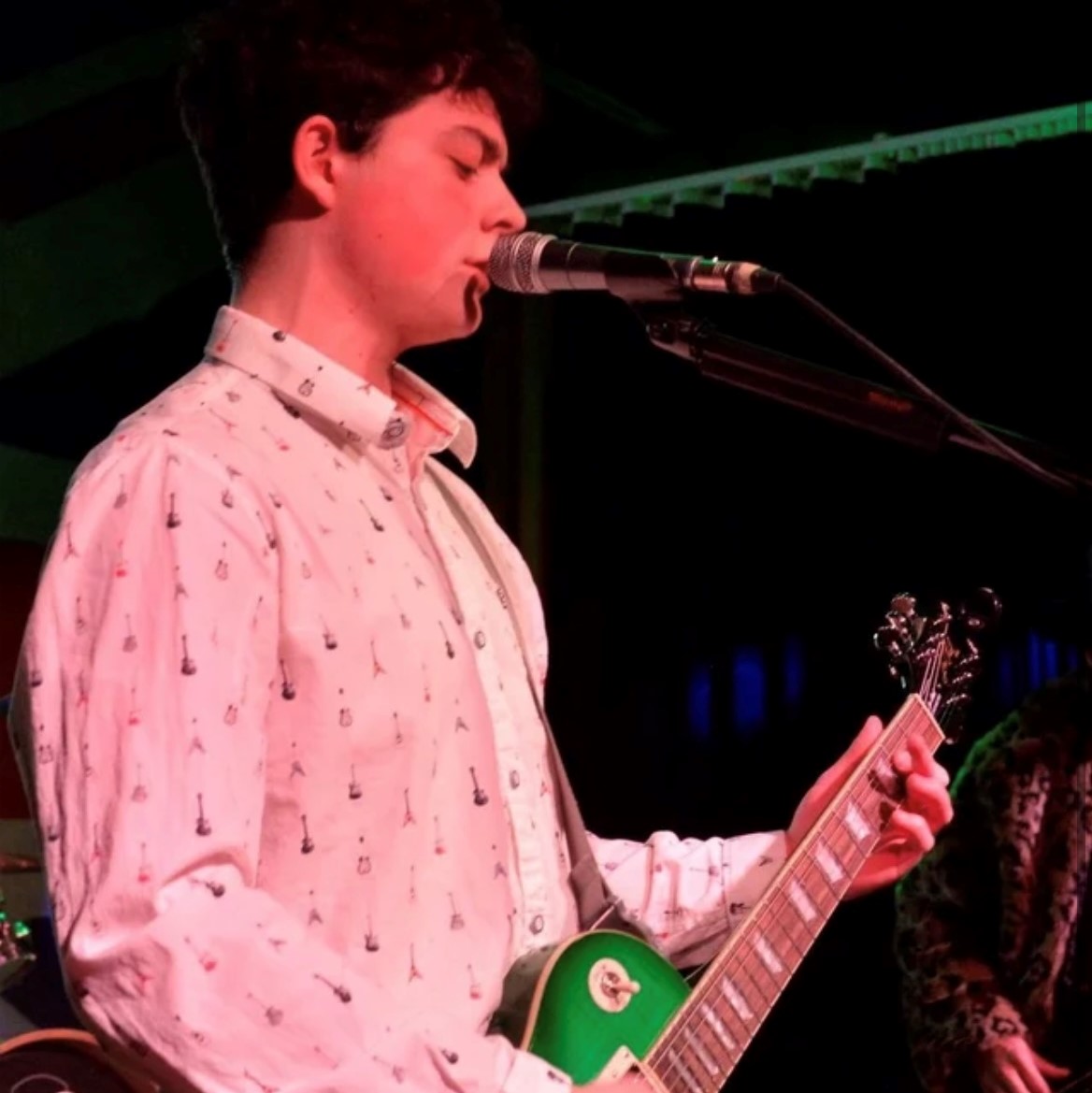 Jesse picked up the guitar when he was 9 years old, influenced by rock and funk such as Jimi Hendrix, Red Hot Chili Peppers, Foo Fighters, etc.  He was fortunate to learn from Rob Stokes and found a real passion for music under his tutelage. He has been playing guitar for 10 years and now participates in a rock band called Penny Royalty playing local shows in Okotoks, High River, and Calgary. He completed 3 years of high school general music and theory with an average of 98%. He writes and produces music at his small home studio constantly striving to learn and grow. Jesse is excited to join Music Central's teaching team and looks forward to inspiring others and helping them meet their goals. 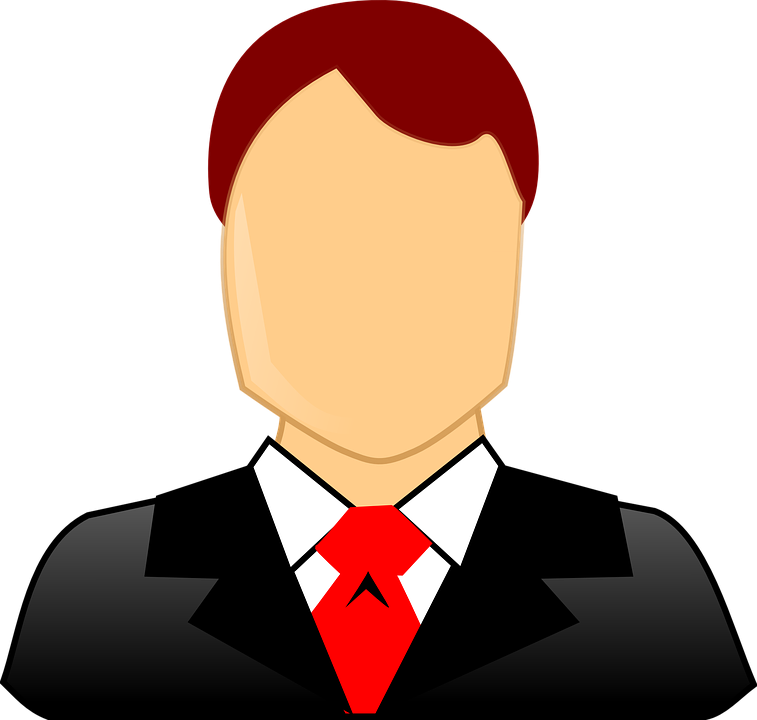 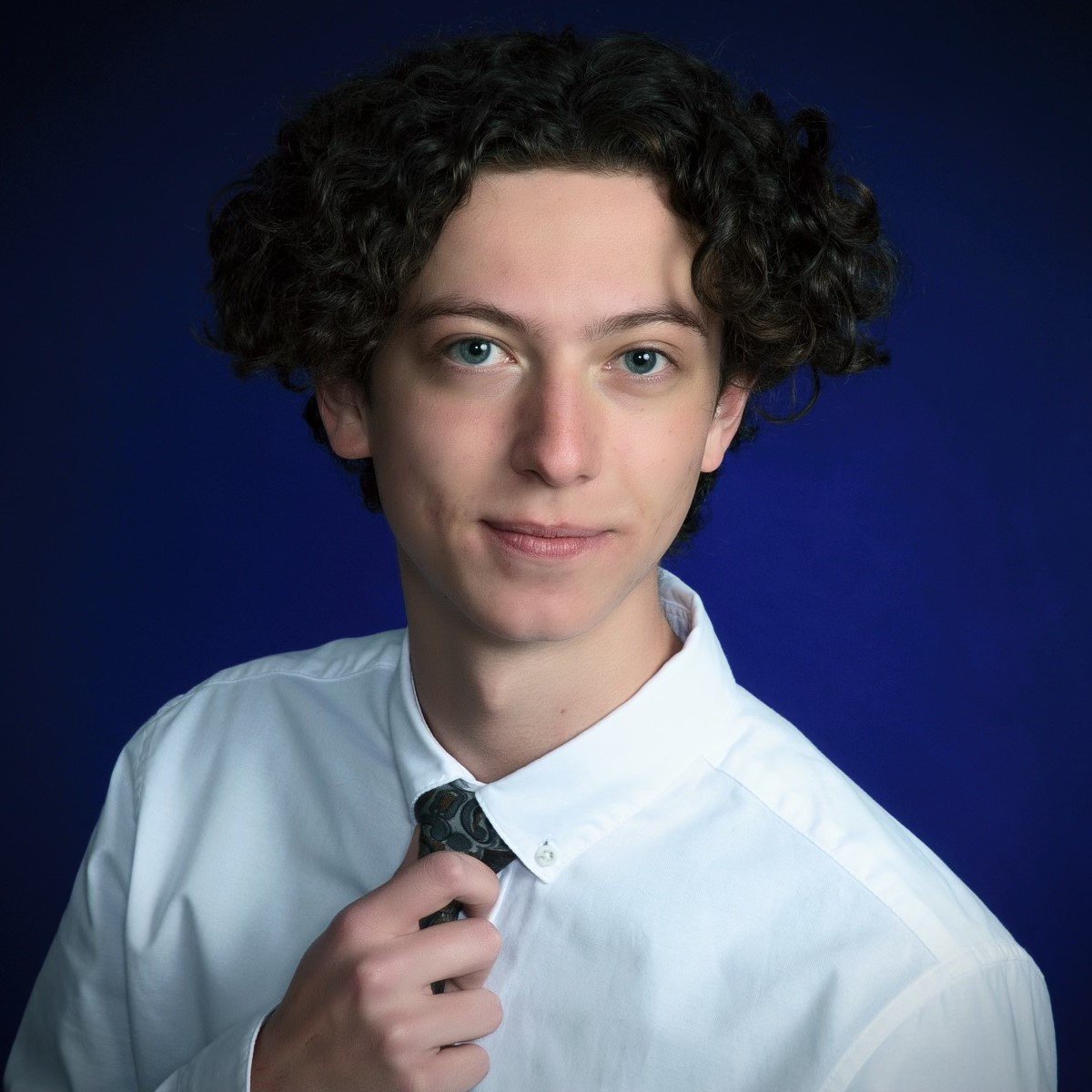 Braiden picked up his first guitar when he was just ten years old and has since learned to play the guitar, bass guitar, ukulele, drums, and piano.   He has completed RCM Theory Level 8, and currently plays piano at RCM Level 10.   He has been accepted to the University of Calgary where he plans to continue his musical studies and pursue a career in music. Braiden grew up in the Foothills and is happy to be part of the vibrant musical community in the area.   Realizing the importance of opportunities for youth within the community, he is an encouraging teacher who takes an individual approach with each of his students.   He is completely focused on assisting each student develop their own musical talents.